The ripple effect of alcohol – consequences beyond the drinker 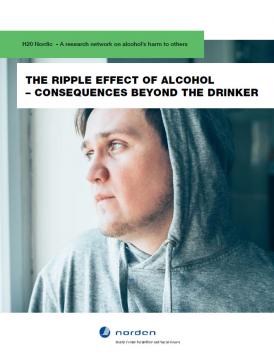 The concept of alcohol-related harm has since the mid-twentieth century been defined mainly as harm to the person consuming alcohol. Harm reduction, alcohol policy and treatment services have thus been largely constructed with the drinker in mind.